What do you like/dislike about self-published works?
I like the fact you can read diverse stories of the kind that might not be picked up by publishers because they are too niche.
I dislike when it's clear the author hasn't had the work properly edited and it's riddled with typos and grammar/punctuation errors, or erroneous information.

Opening sentence:
Dima heard the barn doors slam before anyone else did.


From page 56:
Nikolai leapt for his guns, ready to seize the opportunity she'd offered, but before he could even aim, the dragon released a deafening roar. 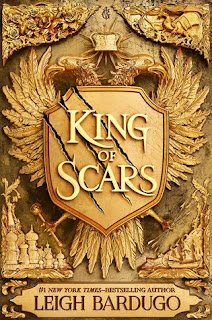 Nikolai Lantsov has always had a gift for the impossible. No one knows what he endured in his country’s bloody civil war—and he intends to keep it that way.

Now, as enemies gather at his weakened borders, the young king must find a way to refill Ravka’s coffers, forge new alliances, and stop a rising threat to the once-great Grisha Army.

Yet with every day a dark magic within him grows stronger, threatening to destroy all he has built.

With the help of a young monk and a legendary Grisha Squaller, Nikolai will journey to the places in Ravka where the deepest magic survives to vanquish the terrible legacy inside him. He will risk everything to save his country and himself. But some secrets aren’t meant to stay buried—and some wounds aren’t meant to heal.