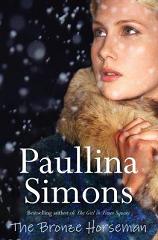 
Leningrad 1941: the white nights of summer illuminate a city of fallen grandeur whose palaces and avenues speak of a different age, when Leningrad was known as St Petersburg. Two sisters, Tatiana and Dasha, share the same bed, living in one room with their brother and parents. The routine of their hard impoverished life is shattered on 22 June 1941 when Hitler invades Russia. For the Metanov family, for Leningrad and particularly for Tatiana, life will never be the same again. On that fateful day, Tatiana meets a brash young man named Alexander. The family suffers as Hitler's army advances on Leningrad, and the Russian winter closes in. With bombs falling and the city under siege, Tatiana and Alexander are drawn inexorably to each other, but theirs is a love that could tear Tatiana's family apart, and at its heart lies a secret that could mean death to anyone who hears it. Confronted on the one hand by Hitler's vast war machine, and on the other by a Soviet system determined to crush the human spirit, Tatiana and Alexander are pitted against the very tide of history, at a turning point in the century that made the modern world. (Goodreads Synopsis)

It took me a while to get through this one since I was reading ebooks in between for NetGalley reviews, but that doesn't mean that I did not enjoy this book.

I was drawn into the story within the first few chapters and I loved the characters of Tatiana and Alexander. The pacing was nicely done, with enough historical detail to grip the reader, but not so much that it took over the story, which was driven by the characters throughout.

My only real gripe with this book was this: when the characters finally consumate their relationship the reader is subjected to pages and pages of their joyful love-making. I quickly found it both whimsy and annoying and was keen to just move on with the story.

Once the characters finally did leave the bedroom (and the kitchen and the woods...) the story picked up pace again and raced towards a thrilling conclusion that had me on the edge of my seat.

I am shortly going to start the next book in the series and I am anxious to see what will happen next to Tatiana and Alexander.