The Book of Summers by Emylia Hall - Book Review 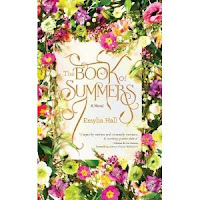 For nine-year-old Beth Lowe, it should have been a magical summer-sun-kissed days lounging in rickety deck chairs, nights gathered around the fire. But what begins as an innocent vacation to Hungary ends with the devastating separation of her parents. Beth and her father return home alone, leaving her mother, Marika, behind.  Over the next seven summers, Beth walks a tightrope between worlds, fleeing her quiet home and distant father to bask in the intoxicating Hungarian countryside with Marika. It is during these enthralling summers that Beth comes to life and learns to love. But at sixteen, she uncovers a life-shattering secret, bringing her sacred summers with Marika abruptly to an end.  Now, years later, Beth receives a package containing a scrapbook, a haunting record of a time long forgotten. Suddenly, she is swept back to the world she left behind, forced to confront the betrayal that destroyed her-and to search her heart for forgiveness.  (Goodreads Synopsis)


This is a book I really wanted to like and yet couldn't bring myself to do so. The premise was interesting and I loved the idea of a story set in Hungary as I am very interested in Eastern Europe. And, truth be told, there was nothing actually 'wrong' with this book. The writing was easy to read and the prose good. The characters were well drawn and interacted believable.


But I just didn't fall in love with it; it never captured my imagination. I really felt I was reading on autopilot with no connection to the story or characters. I really don't think that was a problem with the writing/book though; rather, it was just a book that didn't suit me personally. Given that, I gave it three stars. It wasn't for me, but it is still a book others might enjoy.