Today I am joined by Samuel Bagby, author of Lily: An American Fable. 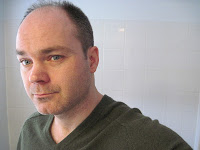 I am hopeful that readers will laugh in reading the book: it is certainly offensive enough, I think, to at least render forth a few laughs, and if so, it will do itself the favor of rescuing itself from the rubbish pile. I say that because the character of the novel is patently unsavory—no, that's not quite getting it—he's a slimebag. That's encapsulating things in a nice, pithy word the man and more importantly the woman on the street intuitively understands. I say that because he is likely to be offensive to women; I suspect he will be simply familiar to the men.


But I would be remiss not to cite also that while being slimy and having many slimy characteristics he also manages to be absurd in the midst of them, or perhaps I should say hindmost among all his traits stands his absurdity—which in some sublime way renders him in my eyes sympathetic and quite amusing—though I am certainly not every reader, it would be similar to someone remarking about his twin brother or doppelganger, "that guy is really amusing", since I know him with an especial sort of intimacy not shared by others. The character is to me very human—he's certainly lecherous, that being the most obvious thing about him, but he is also opinionated, emotional, and sensitive—and while readers may not perhaps take a great liking to him, they may find his persona, and his journey familiar and hopefully compelling in some way because to me at least—and in this I do not think I am wrong—his journey is the journey we all share, the journey of the human condition which in its bare essence is what we all live and experience and struggle with, male and female alike.

Why did you self publish?

This is something I would encourage all writers to undertake, that is, if the sense of discouragement in them is becoming increasingly painful, not to say unbearable—which was true in my case, at least. Self-publishing, together with the internet, has changed the face of modern publishing, I think in a quite remarkable way that represents true progress for writers, for readers and for literature as a whole. The marketplace has opened up for a chorus of voices who all have something to offer—the public will then decide what is quality, where previously quality was a certain nebulous concept, some sort of abstruse notion floating in the ether grasped only by a small coterie of elite individuals wielding an almost absolute power without accountability. What was fair about any of this? Nothing at all—if the public didn't like the books chosen for them, they couldn't get works from unpublished writers, they had to wait for the "quality" cartel you might say to select what they saw fit for them: almost like parents choosing materials for children not mature or competent enough to do it for themselves. What is most ironic about all of this—and most appalling to be sure—is that these agents and publishers themselves are often ruthless and cruel in their estimations of writers, they possess colossal egos with very little or any competence behind all the bluster; these people literally drip with hubris and dole out scorn to good writers while they themselves little comprehend what literature is—there is simply a formula in their heads, a kind of crude taste that one either corresponds with or falls shy of—and that either makes a writer acceptable or someone who should find something else to do with their time. But writers must never listen to these people; they must believe in their vision and persevere. Self-publishing is really the salvation of literature in my opinion: it is the true marketplace where artists can express themselves freely and receive the true judgment of the public, of the people they are really attempting to reach. Furthermore it can take years to actually get signed by an agent—meanwhile the writer is waiting and waiting for income, for the book to get turned out into the public—and it may never happen. Self-publishing and the internet, the blogs, thank God have changed all that.

What is your writing process?

I don’t know that I have a process really: I suppose I always start by sitting down and reading some literary genius for five or ten pages just to sort of quicken one's faculties for the work of writing. To learn to write well one has to read from someone who is a master of the craft; then the sentence structure, the grace and beauty with which he or she chooses and constructs phrases and sentences will be duly absorbed. I'm not saying that if one starts reading Hemingway that he or she will sit down and start writing five word sentences—though he certainly composed some rather lengthy and beautiful constructions as well—but it will have some sort of an effect on one's own composition. It’s when you get into an edit stage that I really don't read too much before I start work; you get to the point where you enter into that state of near drudgery which Flaubert complained of in his letters, when you want to be done with a work and there keeps cropping up little snags and imperfections which literally make your skin crawl when you see them—oh, and coffee. There is no writing process—and no writing period, at least in my world, without coffee. That statement on its face might sound vaguely humorous: I intend no humor in it. You take coffee away from a writer, it's like taking away the whiskey from a blues guitar player: it's not a pretty picture.

What inspired you to write this particular story?

It astonishes me now to recall that I didn't feel particularly inspired to write a story those months ago; but I thought I would have something to share with people, as everyone has something of worth to share with me. I believe everyone is going through the same basic process of attempting to realize their humanity; that's why everyone has something to offer others through their writing if they make the attempt to be honest and genuine—except Henry James. He's a genius yes, but…the air his characters breathe is a bit too thin and rarefied for me I think; and I could say that about several other authors who are geniuses in their craft but whose narratives and their characters never quite seemed to penetrate deeply into the human spirit, at least not to me. I am given pause here however; my foot shrinks from stepping over a certain line from the knowledge that these particular writers command immense seas of devotees who waver on the cusp of being literally unhinged in their devotion—there is one in particular I am thinking of—and so I will restrain from commenting about these holy ones with a sense of charity which smells more akin to self-preservation. Of course, there is one pass which can be extended to the disingenuous writer—that he or she is just so unabashedly, irresistibly entertaining that in the end, no one gives a damn that they shed not a tear or felt a movement of honest emotion in their heart, it's all just too much fun. Hopefully this little book of mine will be honest and genuine enough, but also melt in your mouth too like a sweet treat you want to last forever—something like that, anyway. 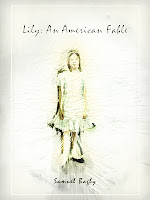 Stephen Flashman loves sex. As a womanizer, he’s been using women for sex all his life. But there are two women who leave an indelible mark upon Flashman’s life, two women whose memory he somehow cannot lay to rest in a sea of forgettable conquests. Diane Densher is one of those women: she is incredibly smart, savvy and ambitious, an Ivy League graduate and a successful executive with a budding career on Wall Street: when she breaks up with Flashman he treats it like just another breakup, but deep down her rejection of him conjures forth a terrible nagging feeling that he could not keep her because she recognized him as a failure and unworthy to be her mate, and he is tormented by the need to win her back. Noelle Cummings is just the opposite of her ambitious and serious-minded predecessor: she is a free spirit from her head to her toes, carried along by an insatiable zest to live each day as if it were her last; she casts a wistful light into Flashman’s bleak inner world. After breaking up with Noelle, Flashman is torn between his affections for both women when Noelle reveals to him that she is pregnant with his child, but is anxious and fearful about raising a child on her own; she tells Flashman that she is thinking of terminating the pregnancy.
For Flashman it is the moment which sears his heart: with Diane—"the one who got away"—showing signs of renewed interest, should he continue to give chase to her, or should he devote his energies to Noelle and do all he can to ensure the birth of his child, while knowing his life will never be the same again?

My name is Samuel Bagby: I am a bit taciturn speaking about myself in a blog like this. I was a student, a monk, a teacher, and now who the hell knows what--but none of that is really important. We are all vessels of love, of passion, of something on our own journeys towards a grand and surreal destination, and it is how we lift each other up, edify each other, and help each other along the way that matters: and I want to be that person that is lifting up, edifying, and helping other sojourners, because the road is no easy path; that much all of us know.