Today I am interviewing Tom Gillespie, author of Painting by Numbers. So, without further ado.... 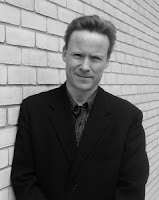 I love all things creative.  At school and in class, I was always off somewhere else, on adventures and travels through my imagination. But when the paints came out, the musical instruments or free writing activities started, I’d always be first in the queue to get going. I think writing gave me an outlet and a focus for a certain otherworldliness that tends to inhabit my being most of the time. And when I was around ten, I won a local writing competition, and that seemed to seal my fate. From that point onwards writing became my creative drug of choice. So now I juggle my writing career with my adventures in academia and my busy family life. The best thing about writing is that unlike the real world, otherworldliness is valued, nurtured and cherished as a priceless skill.

2) When/how did you get the idea for Painting by Numbers?

Painting by Numbers began life as a very short one page piece of flash fiction. It was inspired by an incident I observed on a visit to El Prado museum in Madrid, involving a smart-dressed, middle -aged man, a reel of thread and two burly security guards. The incident intrigued me, and I scribbled down my story. Then it sat in a drawer for a couple of years, but the Magritte-like man at the centre of the incident refused to be silent, and I felt he had a longer tale to tell.

3) What drew you to this particular literary genre?

I don’t think I’m drawn to genres. I’m attracted to themes and characters, and a narrative arc that satisfies my own demands as a writer. If the finished product happens to fit a particular genre, then it was not a conscious choice on my part.

4) What is your favourite writing environment?

I can write anywhere. I also carry a little voice recorder around with me, and mumble to myself on trains and at bus stops. A few years ago you’d get locked up for such behaviour, but now everyone is at it with their phones, so it’s easy to blend into the general madness. Having said that, when I’m writing or editing intensely, I like to have a set routine and quiet places to go and hide. I have a tiny office at home that looks out across Solsbury Hill near Bath, and I like to get up and write very early in the morning. It’s a great time to write because the brain is strangely alert, and while the rest of the world sleeps, I can set my characters free to run around the house without fear of them bumping into anyone.

5) Which genres do you like to read? Any favourite authors?

My favourite authors include Raymond Carver, Haruki Murakami and great Scottish writers such as Alasdair Gray and Janice Galloway. I am drawn to writing that is terse, minimalist, hyper-realistic and ambiguous, where layers of meaning are conveyed within beautifully crafted language. When I read a good book, I like to be able to speculate on what’s going on and reach my own conclusions. That’s my favourite genre.

Gillespie is my middle name. My surname is actually Reid.

7) What are you working on now? Any other releases planned?
I’m working on a second novel and a collection of short stories.

Painting by Numbers is available to buy in e-book format and in print
A number of my stories are published by www.eastoftheweb.com
I am also a regular contributor to fridayflash.org
Web: www.tom-gillespie.com
Facebook: /nilbynumbers
Twitter: @tom_gillespie

Day after day, Jacob Boyce – faltering academic and failing husband –
visits a 17th century allegorical painting which hangs in a Glasgow art
gallery. By using a series of measurements and calculations, he attempts
to create a mathematical theory that will decipher the code locked into
its canvas.

As more of the painting’s hidden secrets are revealed, and he meets a
mysterious young woman, Jacob’s life spirals into chaos.

The object of his obsession has begun to move.

Painting by Numbers is a dark, surreal thriller that follows one man’s relentless pursuit into an old truth buried deep within.

Tom Gillespie was born and grew up in a small town just outside Glasgow. After completing a Masters in English at Glasgow University, he spent the next ten years pursuing a musical career as a  singer/songwriter, playing, recording and touring the UK and Europe with his band. He now lives in Bath with his wife, daughter and hyper-neurotic cat, where he works at the University as an academic English lecturer.

Tom writes long and short fiction. A number of his stories are published by www.eastoftheweb.com . He is also a regular contributor to fridayflash.org.

He is currently working on a second novel and a collection of short stories.