Today, I'd like to share with you some exciting news from YA Australian author, Rhiannon Hart. Now, some of you may have seen me mention the Lharmell series on here before and you'll remember I'm a big fan of the books.

Well, Rhiannon has quit her job and will soon be out in SE Asia, concentrating on her writing and, in the meantime, Random House Australia have taken up her books for worldwide distribution. That's right, lucky Rhiannon is now an international author and, in celebration of the e-book release of books one and two, I am doing a little promo piece for her.

Read on for more information on the books, including a little teaser excerpt....

A princess with a craving for blood. A stranger who knows her secret. A land where nothing is as it seems.When her sister becomes betrothed to a prince in a northern nation, Zeraphina's only consolations are that her loyal animal companions are by her side - and that her burning hunger to travel north is finally being sated. Already her black hair and pale eyes mark her out as different, but now Zeraphina must be even more careful to keep her secret safe. Craving blood is not considered normal behaviour for anyone, let alone a princess. So when the king's advisor, Rodden, seems to know more about her condition than she does, Zeraphina is determined to find out more. Zeraphina must be willing to sacrifice everything if she's to uncover the truth - but what if the truth is beyond her worst nightmares?

The thrilling sequel to Blood Song. The rain wanted to be ocean; the ice in the mountain caps wanted freedom. I never knew that water held such longing. The clouds above my head rumbled like a growling wolf, impatient to release their burden. I held the rain there a moment longer. I turned to Renata, heard her gasp and knew my eyes glowed blue.I spoke a single word. 'Rain.?In the Second Book of Lharmell, Zeraphina and Rodden must travel across the sea to find the elusive ingredients that will help them to win the coming battle against the Lharmellin ? but shadows from Rodden?s dark past may come back to haunt him. And while she learns to harness her new abilities, Zeraphina still fights the hunger that makes her crave the north ? not to mention avoiding her mother, who wants to see her wayward daughter married to a prince at all costs. 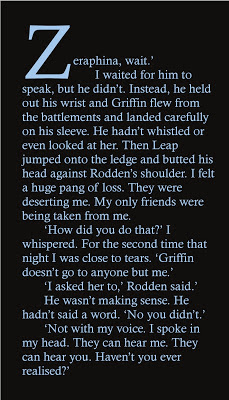 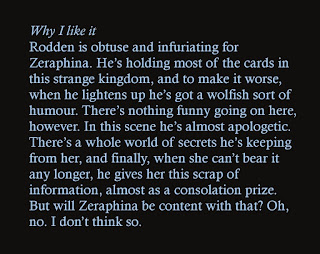