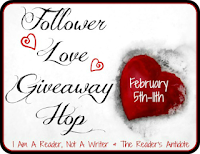 Welcome to the Follower Love Giveaway Hop, hosted by I Am A Reader Not A Writer and The Reader's Antidote. There are many blogs participating in the hop, so do check out the full list at either of the host sites to enter some more amazing giveaways.

Read on to see what you can win here!

Prize: A paperback copy of The Rebels by Sandor Marai 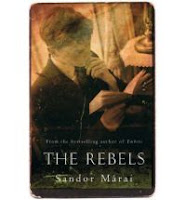 An early novel from the great rediscovered Hungarian writer Sándor Márai, The Rebels is a haunting story of a group of alienated boys on the cusp of adult life—and possibly death—during World War I.

It is the summer of 1918, and four boys approaching graduation are living in a ghost town bereft of fathers, uncles, and older brothers, who are off fighting at the front. The boys know they will very soon be sent to join their elders, and in their final weeks of freedom they begin acting out their frustrations and fears in a series of subversive games and petty thefts. But when they attract the attention of a stranger in town—an actor with a traveling theater company—their games, and their lives, begin to move in a direction they could not have predicted and cannot control, and one that reveals them to be strangers to one another. Resisting and defying adulthood, they find themselves still subject to its baffling power even in their attempted rebellion.