Today I welcome author Barbara Silkstone to the blog to share an excerpt from her novel Cairo Caper.

Part-time tomb raider and real estate broker, Wendy Darlin joins her lover, archaeologist Roger Jolley, in a quest for Cleopatra’s tomb. All they have to do is get from Cairo to the Temple of Taporisi Magna alive. Armed only with a couple of hijacked ashtrays can Wendy out-maneuver Russian oligarchs, a dozen Dark Force mercenaries, and Roger’s chubby ex-girlfriend in time to find the tomb and seal it before chaos erupts in Egypt?


Excerpt
The chilly breeze kept whipping through the burial shaft, strong enough to make the torches flicker but, so far, not blow them out. I kept my left hand on the left wall. It was a stunt I learned for finding my way in mazes. As long as I kept the same hand on the same wall I could find our way back. Or was it the opposite hand on the opposite wall?


Well, so far the burial shaft had been easy, not maze-like at all. Okay, maybe a little. I was so focused on Roger that I might have missed a twist or turn or two or three. But I was pretty sure I hadn’t. Pretty sure.


The rough surface abraded my palm so I started lifting my hand and plopping it on the wall. I continued down, plop, plop, plopping until I plopped my hand on a scarab, an actual live bug. Yuck! I shook my hand till I thought my fingers would fly off. The light from the torch wasn’t bright enough to show the nasty things on the rough walls so I worked my hand into my sleeve and plopped a little harder, hoping to mash them before they could run up my sleeve. I shuddered to think of it.


I heard Fiona fall twice. I didn’t stop for her or look back. Petri would take care of her. I yelled Roger’s name over and over and over. How could he have come this way in the dark? And why? I soldiered on. Lightheadedness set in. Was the air bad or was I yelling too much? I was getting dizzier. I plopped my hand against the wall but the wall wasn’t there.


Ass over teacups never made sense before, but as I tumbled down a steep smooth slope, chased by my torch, it became abundantly clear. I was down the rabbit hole with fire cascading behind me. Yikes! My long skirt bunched up to my waist as my torch bounced over me and showered my butt with tiny sparks. I brushed them off frantically. Oh, oh. Now I was catching up to the torch.


I yanked my skirt over my butt, rolled on my back, and tobogganed my body to the side of the torch, grabbing it as I slid by. I was in something that, in the poor light emanating from the torch, looked like a natural watercourse. Maybe it was part of an ancient underground river or tidal flow. I started to slow. The tube was leveling out. Then there was light at the end of the tunnel.


Not the white light that people say they see when they’re about to croak, but a spooky blue shade. I slid out of the tube and smacked into a Smart Car-sized boulder. I groaned and stared at the ceiling of what appeared to be a natural chamber about the size of a planetarium. I didn’t want to move. I had more sore places than I had places. I hauled myself up and propped my elbows on the rock.


A pool of water glowed blue and illuminated the grotto. The color transmuted from dark to light to silver with swirls of black and purple. Hieroglyphics covered the gold-flecked walls.


A mural depicting a team of priests preparing a body for embalming extended twenty feet along a nearby wall. One of the priestly figures was inserting a hook in the nostril of the dead man, and removing his brain as it was held to be a useless organ. They were pretty much right on. Most people never get around to using theirs.


Canopic jars painted in vivid reds, turquoise, and orange stood waiting for the liver, lungs, stomach, and intestines. Somewhere I’d read that the ancient Egyptians thought the heart was the source of all wisdom and so they left it in the embalmed body.


I lifted my torch above my head illuminating the far side of the cavern. Roger sat at the edge of the pool in his lotus-thinking position with his hand outstretched dangling the Multi-phasic Unidirectional Density Diviner over the water. My legs buckled. The walls closed in on me. I choked out his name but he didn’t respond. I wobbled around the pool and knelt beside him.


He didn’t move. I wasn’t sure what to do. Maybe he was in a trance or merely in archaeological deep-think. I placed my hand on his cheek and he turned to me. His eyes began to focus. 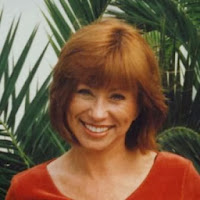 Silkstone’s writing has been described as “perfectly paced and pitched – shades of Janet Evanovich and Carl Hiaasen – without seeming remotely derivative. Fast moving action that shoots from the hip with bullet-proof characterization.”
Links