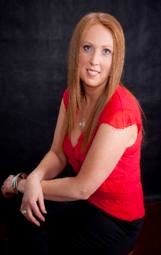 Today I welcome author Sherri Wouters to the blog to tell us about her new release Life Lived Twice. Over to Sherrie....

Life Lived Twice is a romantic fantasy novel delving deep into the possibility of love across lifetimes.

The inspiration for Life Lived Twice came about because of my fascination with the dual phenomenon’s of reincarnation and love at first sight.

Love at first site is often the base of many romance novels, but what I wanted to explore was the reason behind it.

Most of us can live a whole lifetime and only ever have a love at first sight experience a handful of times, but why don’t we have that ‘struck by an invisible bolt of lightning feeling’ every time we meet someone for the first time?

This left me with the question; is it possible that we have lived before?

And if so, is there a chance that fragments of memory of those we have loved deeply in another life could still exist? And when your lives collide again, could those memories be aroused into an instant, intense flash of recognition?’

While the concept of reincarnation, and the idea that we may have lived and loved before is hard to get your head around, there is no denying that many of us unconsciously refer to “our possible past” on a daily basis. There might be the dropping of the odd phrase such as ‘karma will catch up with them’ or ‘wonder what I did in another life to deserve this.'

And then we have other unusual occurrences such as the odd sensation of de ja vu, visiting a place that feels weirdly familiar, or perhaps striking up a conversation with a stranger and immediately feeling like you’ve always known them.

I was intrigued by this astonishing concept and felt its potential as the perfect romantic fantasy novel.

Life Lived Twice will appeal to anyone open to romantic fantasy with the added twist of the supernatural, and for those interested in delving a little deeper, the pages of Life Lived Twice holds so much more within. While the likeable characters and strong plot line make for an entertaining read, the novel also explores the idea that sometimes there are deeper reasons behind our fears and insecurities.

Whether you’re looking for the thrill of a gorgeous love story, or something a little more thought provoking, Life Lived Twice delivers it all in one romantic adventurous package!

Captivating, mysterious, and romantic, Life Lived Twice will leave you wondering whether love is so powerful it could last more than a lifetime.

Author Bio
Sherrie Wouters is a thirty something, flame haired chick, who accidentally wrote a book and is now an author.

After a casual conversation about great ideas for books during a Sunday night roast with her family, little did Sherrie know what would result from it.

Just before going to sleep that night Sherrie asked herself the question. “If I were to write a book what would I write about?”

In the morning when she woke these four words came into her head. “Write what you know.”

So that's exactly what she did. By drawing on her years of practising Kinesiology and its use in helping people deal with their emotional blockages from their past, she then added the fun fantasy idea of reincarnation, plus a little romance, and Life Lived Twice was born.

Fuelled by the knowledge of how much people thirst for stories on reincarnation and the possibility that we may have lived and loved before, Sherrie has successfully blended these two ideas in the romantic fantasy Life Lived Twice.

A qualified Homeoeopath and Kinesiologist, Sherrie lives in country Victoria, Australia with her husband, and two daughters. 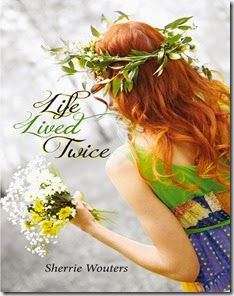 Book Blurb
Some promises are made to last forever...

What if you fell in love with a stranger...but that stranger had come from your past, a past you never knew existed until the moment your eyes met?

When Tess Winters locks eyes with a stranger at an airport bookstore, it ignites a feeling of passion somewhere deep inside her that she can't explain.

Although the encounter is innocent and brief, the intensity of it lingers, leaving her overwhelmed by a yearning for the mystery man now consuming her every thought.

Struggling to break the powerful hold he has over her heart, Tess starts to experience strange but familiar dreams...dreams from the turn of the twentieth century of the charming Mr Addison Taylor.

As her dreams start to materialize into reality, and past and present begin to blur, Tess is forced to put the pieces of a forgotten time together, and soon discovers that love isn't the only thing that can find you after an eternity.