Today I am thrilled to welcome author Shelby K. Morrison to the blog. Shelby is here to reveal the cover for her new release From the Ashes and to share an excerpt with us. 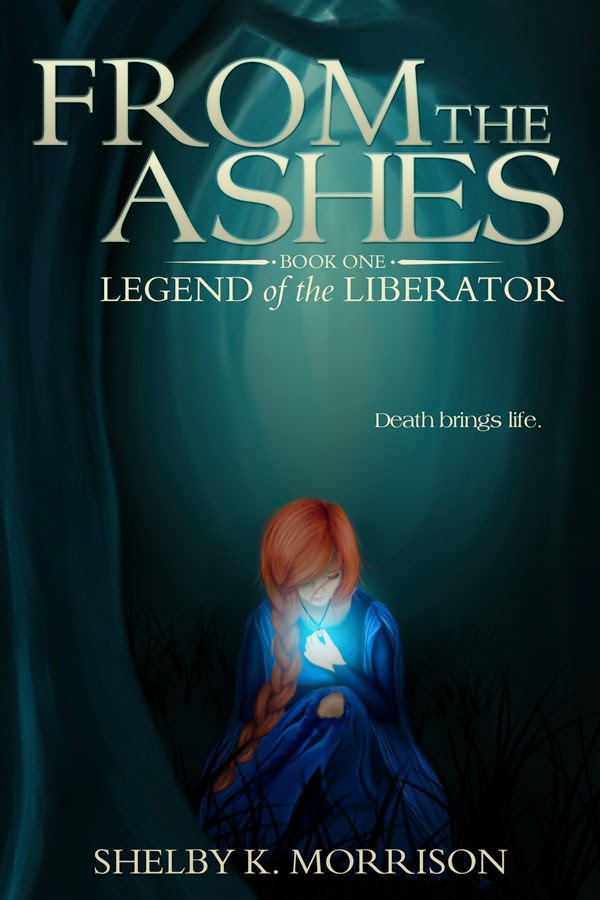 Book One - Legend of the Liberator

For eighteen years Aia Wynnald has lived a lie. Raised as a highborn in  the Kingdom of Tharien, she’s filled her days with tutors and archery lessons. But simmering beneath her polite surface is a dangerous gift, one which she must keep a secret. Aia is a Bender. And in Tharien, Benders are feared and hunted.

When her unruly power breaks free with dire repercussions, Aia’s lifelong goal of independence shatters. As she scrambles to piece her life back together while evading capture, she disturbs a vengeful force intent on destroying the kingdom.

Now, with the help of an unlikely ally, Aia will decide the fate of Tharien. To rescue those she cares about will require accepting what she is. But can she risk becoming the monster she’s dreaded to save the very citizens baying for her blood?

Author Bio:
Shelby K. Morrison was born in Oregon and has grown up in California and Utah, where she currently resides, much to her dissatisfaction. She lives with her husband and two dogs and dreams of the day she can return to her Oregon roots. She enjoys criticizing bad driving, laughing out loud in movie theaters and short walks to the refrigerator.
Email: shelby.morrison90@yahoo.com
Website
Goodreads
Facebook
Twitter
Goodreads Author
Book Excerpt:
CHAPTER ONE

Aia’s heart slammed against her ribs, her chest heaving. She sprinted down the narrow cobblestone streets, tugging at her silk dress when it tangled with her legs.
She replayed the final five minutes of her former life. The log hitting Damon. The blood. His smile. What had she done? She'd ruined everything.
The evening air nipped at her cheeks, and the coins her mother had slipped into her coin purse clinked loudly in the still city. The blood-red sunset dared her to continue. Shouting echoed in the distance. Someone had alerted the Breakers. They’d come for her. They’d be merciless.
She took the stone steps two at a time, her dress nearly tripping her again. Her steps pattered in the silence as she crossed the bridge connecting the base of Mt. Shadow to the rest of the kingdom. Farther and farther her legs carried her—from her home, the Church, the palace. But it didn’t matter how far she ran. They’d pursue her.
She threw a glance over her shoulder. The palace built into the mountain loomed above her, just as menacing, despite the distance. She couldn’t outrun it. Couldn’t outrun them.
The end of the bridge signaled her entry into Midtown, even worse than Hightown for someone evading capture. Houses towered over her, and dozens of windows like little black eyes dotted the sides. She pressed on.
She had to get off the street, away from the city. But where to run? Where would they not search for her?
The Ashen Wood. No one went into the Ashen Wood.
Her wretched dress bunched between her legs and she stumbled to the cobblestones. After a hasty peek at the road behind her, she scrambled to her feet and continued.
Hooves hammered against the cobblestones in the distance. They were coming. She dashed between houses like an alley cat, the Red Plains at the edge of the city in sight. Almost there.
She increased her speed, thrashing through the thick weeds, despising her dress and its clinging folds. The endless field stretched before her, but she didn’t let up. She yearned for her beloved longbow and the security it offered. But she'd had no time to grab it before her parents shoved her from her home.
On and on she ran, her legs jelly. The stars had emerged in the indigo ceiling by the time she reached the edge of the legendary forest.
She struggled to slow her breathing, swallowing with difficulty, as she peered between flaky, ash-covered trees, searching for a path, a place to conceal herself. It was hopeless. She could only see a few trees in. She looked over her shoulder at the city. Her home. Her life of security. Candles appeared in windows, lit one by one, and the orange glow of torch-bearing Breakers illuminated the sides of buildings. Word was spreading.
Hands shaking, heart thumping, she took a step into the forest. As if an invisible wall closed behind her, the outside world disappeared. No crickets singing. No city noises and shouts of pursuit. No whispering wind. Nothing but the forest.
Her lifelong secret had been revealed. Maia Wynnald was a Bender.