Book Promo and Author Interview: Out of the Blue by RJ Jones (MM 18+yrs)

When everything happens Out of the Blue…

Lt Cameron Cooper has been with the San Francisco Fire Department for fifteen years. He’s seen and dealt with a lot of horrifying situations.  He’s always considered himself mentally tough, but when he attends a multi-vehicle accident and sees a dead boy with features remarkably similar to his long-time boyfriend, his mental health takes a hit.

All Jake Montgomery wants is to propose to his boyfriend on their ten-year anniversary. He’s already bought the perfect rings, but when Cameron struggles to look at him after a tragic accident, he has doubts about their future. Cam is withdrawing, and Jake doesn’t know why.

With heated arguments and cold shoulders, Cam and Jake’s life starts to fall apart. Just when Cam thinks he can overcome his issues and finally talk to Jake, memories from Jake’s past threaten to push them apart forever.

Thanks for visiting today, RJ. It must be a very exciting time for you with the release of your first novel, Out of the Blue, and your short story, The One That I Want in the Encore Anthology coming out within a week of each other.

Can you tell me which story came first?

Out of the Blue came first. I started writing that during the Easter break 2014, so it took quite a while to get out. I had a few issues to begin with – as a very new writer, I didn’t know anything – and I made a lot of mistakes. I’m a bit of a perfectionist so I wasn’t going to publish something that I wasn’t completely happy with. My writing has evolved over the past year and I’m no longer making those first newbie mistakes. I’ve learned a lot.
The One That I Want came about when I was having a grumble to a friend about my writing and she said, “You need something else to focus on. Here, have a look at this submission.” It was the submission details for Encore and the entire story came to me in a flash. It took 2 days to write and Jason and Paul were the funnest couple to bring to life.
Since they were so fun to write, do you plan on extending the short story?
Actually, I’ve just signed another contract with Wayward Ink for the sequel called Hopelessly Devoted. It’s another short story but here you get to see what happens over the year since Paul’s proposal and you witness Jason and Paul’s wedding. Dave the cat also plays a big role. It will be released in September.

Where do you find your inspiration?
My inspiration comes in many forms. Just yesterday I was walking out of my local supermarket and I saw a man wearing a t-shirt with the words Redback and a spider on it. Then when I got in the car to go home, a very Australian song came on the radio titled Solid Rock by Dragon – which is about the sanctity of Ayers Rock and Australian Culture. This inspired two characters to pop into my head who work as tour guides at Uluru and fall in love under the desert sky. I don’t have any other details for the story yet, as I’m trying to shove them to the back of my mind so I can get my current projects finished.

Since you brought it up, what are you currently working on?
I’m almost at the end of a story called Indigo Road where two best friends take a year off after college to drive around the US. Australians call this a gap year. I believe in the US it’s called ‘Taking a year off to find yourself.’ In Indigo Road, the two MC’s not only find themselves, but also each other. It’s a double GFY that I hope to release toward the end of this year or early 2016.
The other major job I have at the moment is edits for Black and Bluhe, which is book 2 in the Out of the Blue series and stars Cam’s hunky best friend from the fire station, Kris. I’m excited for this story as Kris was a great character to write. His love interest, Gray, is a bit of an ass, but he has his reasons. I’m hoping to release Black and Bluhe in June.
Thanks for talking to me today RJ. I hope your future releases go as well as your recent ones have.
Thanks for having me Nicki, it’s been a blast. 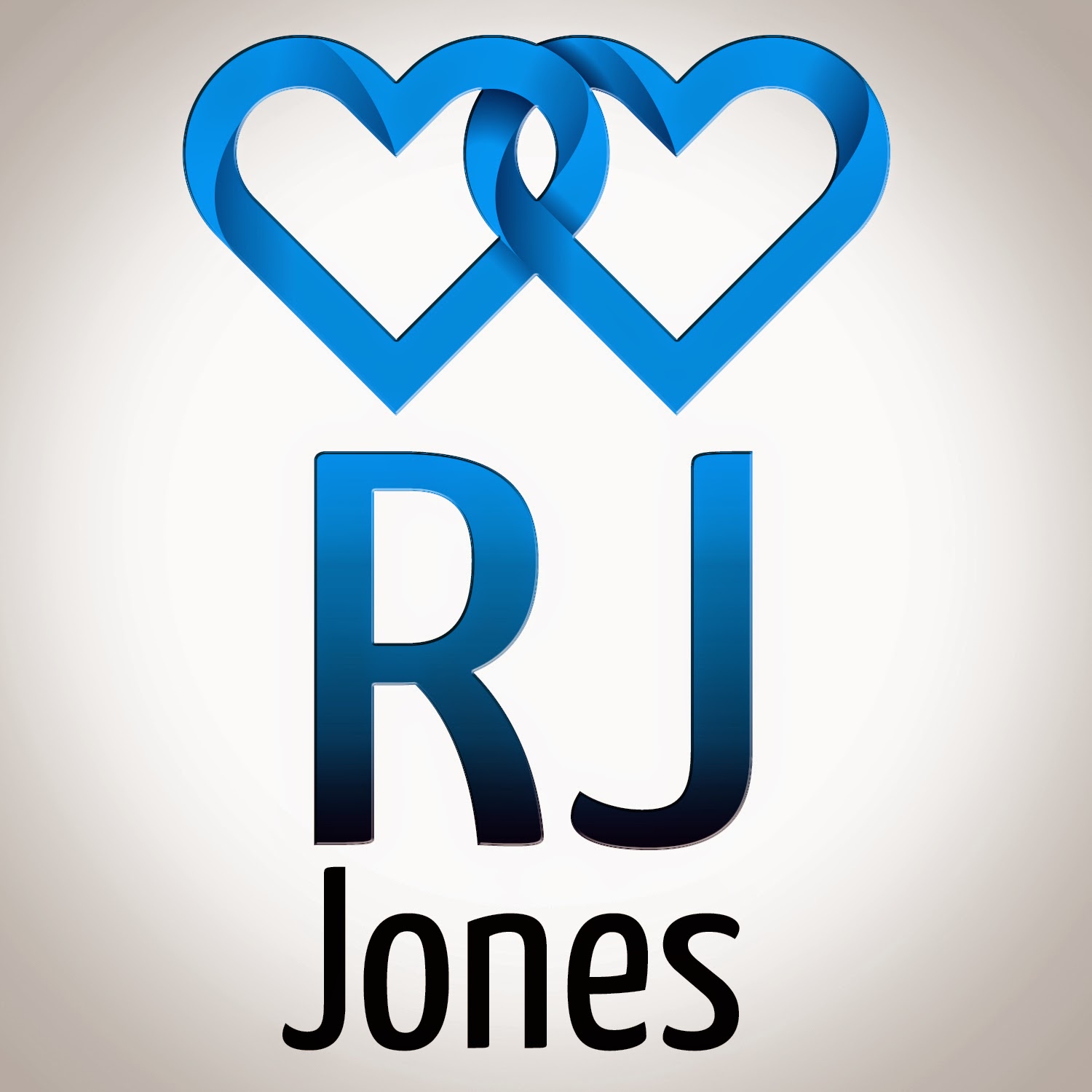 I started as a reader and eventually made the progression to reviewing. It wasn’t until two men popped into my thoughts, insisting on telling me their story that I started to write. It started with one scene. A hot and dirty one in the shower.
My initial thought was if I could write their scene then they’d shut up and allow me to concentrate on other aspects of my day. That shower scene was 3000 words long and three hours of work.  But they didn’t shut up.  They told me their entire story and I didn’t sleep for days.  Sometimes I couldn’t keep up with what they were telling me and I had to keep a notebook by my bed.
Whilst I was writing their story a side character decided he needed his story told too. Then other characters followed suit.
You see the problem? If I ever want to sleep again then I need to write.
I’m a wife and a mother to two boys. Even my dog is a boy.
I am surrounded by males.