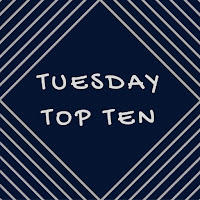 At first, this list was going to be favourite literary characters, but then I realised all my choices were guys I drooled over, so I changed the title. :)

I only chose 'original' characters, excluding those based on historical figures. You could argue Saint Germain was historical, since he did exist, but in these books he is not acting out things his real-life counterpart did per se, so I let him in (I love him too much not to).