Next month my new MM contemporary holiday-themed short releases from DSP as part of their 2016 Advent Calendar, so today I thought I'd share a snippet from my 2015 story, Northern Lights.

In this tale, dumped during an Xmas vacation, James finds new love when he least expects it.


My chest is still tight and my heart feels as if it’s been stabbed with a hundred tiny blades, but I also experience a sense of relief that things have finally come to a head. I think again about packing my suitcase and leaving. Richard’s accusation of scrounging cut deeper than I care to admit, and I relish the idea of tossing his gift of this room and the Cash Passport back at him, letting him know I neither want nor need his money.

But then I reconsider.
It’s Christmas, I’m in Reykjavik, and tomorrow’s my birthday. Why shouldn’t I make the most of it? 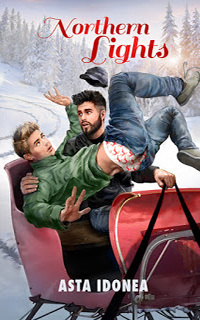 A dream romantic vacation to Iceland to see the Northern Lights turns into a nightmare when James’s workaholic boyfriend, Richard, again insists on putting his work first. After a call from Richard’s office, an argument ends with the couple splitting up for good. Not only has Richard left James, he’s left him abandoned to explore the park alone, where James quickly gets lost. But just when things seem darkest, the Solstice works its magic, and James finds the guiding light he needs. Or it finds him.