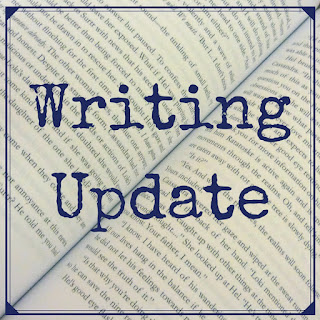 Outside of my bimonthly writing updates, I thought I'd share a special post looking back at the highs and lows of 2016 and forward to my plans for 2017.

2016
Overall, 2016 hasn't been the best year for me writing-wise. I had a record number of new releases, which was great, but there have also been several major issues.


Firstly, due to my main employer's health situation, my editing work dried up in August, leaving me without income (save a few tiny royalty payments) for the rest of the year. I looked for some seasonal retail work (and part-time office work) in the lead-up to Xmas, but to no avail. Therefore, I ended 2016 pretty skint. I hope the publisher will be back to work in the new year, but that's not certain yet, and if she's not, I'll have to consider my options and keep looking for part-time office work as we head through January.

Then there were the issues with Torquere Press....

When TP didn't pay royalties owed at the end of Q2, they claimed to have the financial situation in hand, and so I trusted their word and stuck with them, even continuing with the release of two more short stories. However, when Q3 ended with still no payment in sight, I had to consider things carefully. In the end, due to this breach of contract, I requested the return of rights for all my stories on 2 December 2016. Not long after that, the owners, Kristi and Joanna, announced the company's imminent closure in a post to the Yahoo TP Author group.

Although others posted about these events at the time, I chose to just quietly remove all TP books from my blog and social media and ceased active promotion of them, deciding to wait to make an announcement to my readers once I had received my rights back and could spin the tale in a more positive light, focusing on my future plans for the stories concerned. However, a month on and I've still not received my return of rights letter despite frequent promises it will come this week, next week, soon etc. Now Kristi and Joanna either ignore my messages or answer without giving any information, only telling me I have to be patient. Meanwhile, my books are, essentially, being held hostage. They are still listed for sale on all the sites, meaning Kristi and Joanna can still make money from them without paying me my share.

To that end, I would beg all my readers not to purchase any of my books currently listed by Torquere Press. Only buy those you see advertised here on my blog until I announce the rerelease of these seven short stories in the future. Thanks for supporting my writing and caring about authors' rights.

Despite non-payment from TP, by the end of 2016 I finally (after two years!) broke even financially with regards to my writing. Therefore, as long as I don't have too many expenses, in 2017 I should at last make a tiny profit from my writing. Fingers crossed as every little helps!

Meanwhile, I plan to focus hard on social media in the new year. I am looking at several ways to engage more with readers through things such as posting writer tips on Twitter, hosting author interviews on my blog, and using vlogs to share some of my monthly top reads.

Book-wise, I already have four releases confirmed for 2017—three early in the year and the fourth later on. At present I am working on the second draft of what I hope will be my first novel-length MM tale, and I'll also be looking for homes for several already-completed MM and MF novellas.

During 2017 I also plan to offer more free reads on my new Tablo page, as a way to introduce readers to my work before they buy. There will be complete short stories and flash fiction as well as excerpts from some of my longer books, both MF and MM.

So, while 2016 was in many ways an annus horribilis, let's hope (and pray to Loki!) that 2017 has something better and brighter to offer.