Today I welcome Samantha MacLeod to the blog to answer a few questions for Interview³.

2) Describe your writing style in 3 words
Sexy, creative, and honest.

3) Name 3 of your literary influences
Stephen King for sheer storytelling genius, Neil Gaiman for the way he incorporates mythology, and Janine Ashbless for her ability to tell an incredible story with erotica!

4) Share your 3 favourite books
Ack, so hard to pick! I’ll go with Stephen King’s Gunslinger, Neil Gaiman’s American Gods, and Edward Abbey’s Desert Solitaire. (None of which are anything like what I write!)

5) What are your 3 essential writing tools?
Coffee, my laptop, and ten freaking minutes of peace and quiet! ;)

6) Where are your 3 favourite places to write?
I’ve got a great study in the new house… and I end up doing most of my writing on the couch, in the kitchen, or in an awesome little Portland coffee shop (Hilltop Coffee, if you’re in southern Maine and want to drop in).

7) Name 3 items on your writing wish list
I would LOVE to work with an agent someday! I’d also like to write an epic fantasy novel - or, hell, a whole series - and perhaps a Serious Literary Work to publish under my real name. ;)

8) What are your top 3 tips for aspiring writers?
Hmmm… Don’t judge yourself, write the book you’d like to read, and keep at it!

9) Tell us 3 of your writing plans for the year ahead
I’ve got a finished novel I need to revise, edit, and release. I’ve also started two WIPs - one sequel to The Trickster’s Lover and one story about Loki’s son the Fenris wolf - so it would be nice if I managed to finish those as well. 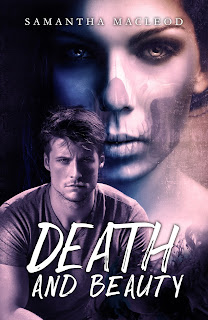 Baldr the Beautiful is dead.

Desperate to get back to his privileged role as Óðinn’s favorite son, Baldr strikes a bargain with Hel, the terrifying half living and half skeletal queen of the realm of the dead. He offers her the only thing he’s got: knowledge from the living world. Hel gives him three days. If he can teach her something new, she will return him to the realms of the living.

But the icy Hel seems completely impervious to Baldr’s charms. What’s worse, she already knows everything. By the end of the third day, Baldr realizes he’s only got one chance left to impress her.

Returning to his former life looks like it’s going to depend on Baldr the Beautiful seducing the most formidable woman in the Nine Realms.

It was late afternoon on the third day, the final day, and I was feeling damn near desperate. We’d walked along the river after our morning of sailing, and then, after lunch, I asked to go for another walk in the orchard. This was where Hel had seemed the least comfortable; for some reason, this orchard threw her slightly off her game. It was my last, desperate chance. Perhaps I could stumble on something out here.
“Are these all apples?” I asked. I’d given up trying to offer her some knowledge. Instead I was asking a thousand questions in this hopes she’d slip up.
Hel shook her head. Her back was stiff, and she’d turned her living face away from me. I wished I could ask her why the orchard made her uncomfortable, but I didn’t imagine that question would go over particularly well.
“So...pears? Cherries?”
The trees around us were flowering, filling the air with their delicious perfume. Soft, white petals drifted in the space between us, falling like snow.
She shook her head again, although I wasn’t sure if she was telling me I was wrong or if she was just trying to brush off the stray petals caught in her hair. She was wearing it loose today, and it tumbled down over her shoulders, softening the severe lines of her aggressively unflattering dress.
“Would you even tell me if I guessed?” I asked, with a smile. I picked a blossom from a tree and brought it to my nose. It had a light, sweet fragrance. I examined it. Five soft, white petals unfurled casually from a pollen-laden yellow core.
“Apricots?” I glanced at her. 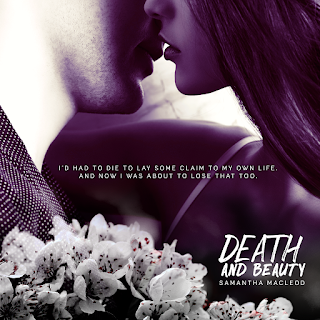 She looked away so fast her hair whipped across her shoulders. At the same time her dress snagged on a log hidden in the thick grass, and she stumbled.
I moved without thinking, catching her arm in mine. It was only after I closed my hand around the twin bones of her skeletal forearm that I realized it didn’t feel right.
She was warm and soft against my palm. Like skin.
Hel met my eyes and a deep red flush burned across her neck and living cheek. Then she yanked her arm out of my grasp and stumbled backward, her face again a cold, impassive mask.
Perhaps she wasn’t totally immune to my charms after all.
“Pardon me,” I said, holding my hands up in front of me. “I just didn’t want you to break your nose.”
Her lips twitched with the barest hint of a smile, and an absolutely insane idea bubbled through my consciousness.
“Oh, there is something I can teach you,” I whispered.

Samantha has generously offered a copy of her book to one lucky reader who comments below.
To enter, tell us your favourite myth.
This giveaway is not affiliated with this blog but hosted by the author. 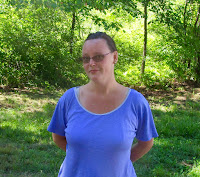 About the Author
Born and raised in Colorado, Samantha MacLeod has lived in every time zone in the US, and London. She has a bachelor’s degree from Colby College and an M.A. from the University of Chicago; yes, the U. of C. really is where fun comes to die.

Samantha lives with her husband and two small children in the woods of southern Maine. When she’s not shoveling snow or writing steamy sex scenes, Samantha can be found teaching college composition and philosophy to undergraduates who have no idea she leads a double life as an erotica author.