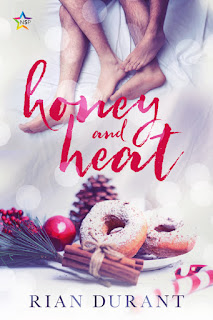 Linden has only one thing on his mind a few days away from Christmas—his pending university exams. That is, until he meets his neighbors’ son who has returned for the holidays. Brice Stevens is gorgeous, but he’s insufferable.
It’s Linden’s first love, and he falls hard for Brice, despite Brice’s occasionally aloof and cool behavior. It’s an emotional ride for both of them while Linden takes a crash course in real love and Brice learns to trust in a relationship.

Excerpt
“Give it to me, come on, give it! I have to recap.”
Linden held the rainbow-colored folder he’d stolen from Robbie close to his chest, trying to keep it away from his friend, who held on to it as a drowning man to straw.
“No, Robbie. You're going to mess up your head. Stop it right now! There are two minutes until we start so just breathe.”
Robbie blinked a few times as if he didn't understand what he was being told, and the probability he didn’t was quite high. Knowing his habits, Linden guessed that he hadn't slept for the last forty-eight hours. He would give him a talking to if he had any guarantee that Robbie would comprehend at least one-third of what he had to say. Suddenly Robbie’s gentle green eyes grew wide and he shook his head, terrified.
“Aww man, I'm so not getting in first.”
“You are, because if you don't go to sleep in the next hour, you're going to pass out.”
Robbie buried his face in his hands before raising it again just to say with a voice fit for a zombie movie, “I don't know anything.”
One of their fellow students who stood next to them lifted his eyes from the game he played on his phone and looked at Robbie with a note of reproach.
“Bullshit, you'll have an A again, like always. Grow up.”
“My thoughts exactly!” said Linden and waved the folder like a fan. “Ah, here is the professor. I didn't know—”
“Nooo, not him!”
Robbie’s terrified appearance was justified this time. The bald bespectacled man was known as the Decimator, with the difference that he didn't kill one in every ten—rather, one in every ten got lucky with something other than an F. He passed by and greeted the group with a polite smile.
“You know what they say,” whispered the same student. “Hangmen were always smiling at the gallows.”
Linden hissed at him to shut up, although he felt like laughing, too. Robbie was his rst priority, and right now he had to kick his ass into the room before giving him a chance to split. He reminded him of a cat shivering in the snow. One of the assistants opened the door and invited four people ready to face the music.
“Get in!”
“Lin—”
“In!”
Having dragged him inside, he sat him on the nearest chair in order to be able to keep an eye on him. He didn't know what was the matter with Rob, but it was the same at every exam. He was always scared and seemed totally lost, most of the times flatly refusing to be one of the first, and on one occasion, he actually ran off. Fortunately, Jerry had been waiting for them at the cafe outside, so he had stopped him and brought him back. 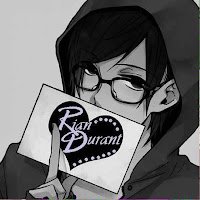 About the Author
Rian is one of those who are both blessed and cursed by the insatiable desire to write, primarily M/M (insert more Ms if you like) stories.
Always having a plot in mind is hard when having a day time job but Rian manages them currently, assisted by the priceless support of her soul mate, lots of coffee and pure obstinacy.
What makes Rian smile is anything that could be the reason for that spark in the eyes, accompanied by the exclamation: “Oh my, I just saw something!”