Today I welcome David C. Dawson to the blog to answer a few questions for Interview³.

1) Tell us 3 fun facts about your writing history
In my debut novel, The Necessary Deaths, one of the characters was a Member of the European Parliament (MEP). Just after Dreamspinner Press locked down the edit, the UK voted for Brexit! Dreamspinner Press was wonderful and gave me time to change the character.
I started writing fiction when I came out. It was one of my therapies. The other was singing in the London Gay Men’s Chorus. Happily I’m still doing both!
I think the speech I wrote about how I came out to my son has had more impact than anything else I’ve written. I made the speech at three performances of the London Gay Men’s Chorus, to an audience of a 1,000 each time. People came up and hugged me afterwards, thanking me for what I’d said.

5) What are your 3 essential writing tools?
Laptop computer
Coffee
A cat called Fidget

6) Where are your 3 favourite places to write?
Overlooking the harbour in Sitges, Spain.
In the garden with a cat on my knee
In my office, staring at the wall (most usually…)

8) What are your top 3 tips for aspiring writers?
Write every day, even if it’s just a stream of consciousness.
Give yourself creative treats – theatre, a gallery - whatever you enjoy
Use public transport and listen to people talking. You won’t believe what you hear!

9) Tell us 3 of your writing plans for the year ahead
I have a new novel out this October/November. It’s called For the Love of Luke.
I’m trying to write a musical, and it’s really hard!
My work in progress is a Second World War romance between an American pilot and an RAF pilot.

10) Tell us about your latest release
The Deadly Lies is the sequel to my debut novel The Necessary Deaths. It’s a thriller that takes Dominic Delingpole and his husband Jonathan from their honeymoon in Sitges, Spain to San Francisco in America.

But Dominic has a dark secret…

At the start of the book, we learn Dominic has a secret rendezvous with his former lover, even while he’s on his honeymoon. But the lover is killed, and his death plunges Dominic and Jonathan into a series of adventures… and a series of lies. At the climax, they are in San Francisco, fearing for their lives.

Their old adversary Janet Downpatrick is back, and a wonderful new couple called Alfonso and Gabriel. They’re married and about to have a surrogate baby.

The main theme is internet crime that leads to large-scale identity theft – very current in the present political climate. I’ve also written an unpleasant twist of fate for one of the key characters at the very end of the book. Several readers have already contacted me about it, frantic to know what’s going to happen next! 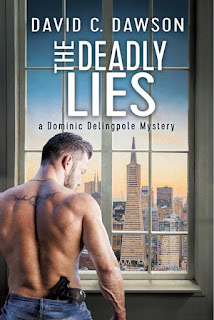 
Dominic and Jonathan are on their romantic Spanish honeymoon, and things are perfect… except Dominic has kept a secret from his husband. He’s failed to tell Jonathan that he plans to meet his former lover, Bernhardt, who is speeding on his way from Germany to present Dominic with a mysterious gift.

But Bernhardt is killed in a suspicious car accident. Shortly before he dies, he sends Dominic a bizarre text message that will take the newlyweds on a hair-raising adventure.

Lies upon lies plunge Dominic and Jonathan into an internet crime that could destroy the lives of millions of people. What is the mysterious Charter Ninety-Nine group? And will their planned internet assault force Dominic to choose between the fate of the world and the life of his lover? 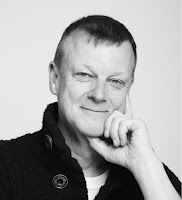 About the Author
David Dawson is an award-winning author, journalist, and documentary maker. He lives near Oxford in the UK with two cats and his beloved Triumph motorbike.
He writes mystery and suspense, with men in love at the heart of each story. His books have been described as "real page-turners" and "un-put-downable".
One reviewer for his latest book The Deadly Lies described it as "very sexy".
He campaigns hard for equal rights, and sings with the London Gay Men's Chorus.