Today I welcome Addison Albright to the blog to share her new release The Recruit. 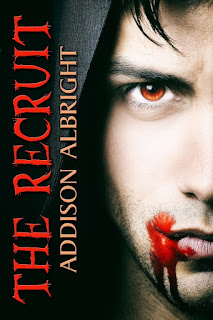 Albert Manlii has walked this earth for more than two thousand years, but survival on his own was never easy. Now he leads a faction of highly organized vampires who carefully guard the secret of their existence. Unlike the old days, potential recruits are carefully selected and presented with an offer.
Phillip Brewer has weeks to live—if he lets his disease run its course. He doesn’t want to die, but given a choice, will his desire to live outweigh his concerns about the vampires’ ethics?
When the new recruit’s missteps are cause for concern, can Albert control the fallout, or will Phillip’s life once again be torn apart? 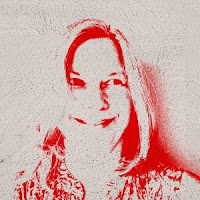 Addison Albright is a writer living in the middle of the USA. Her stories are gay romance in contemporary, fantasy, and paranormal genres. She generally adds a subtle touch of humor, a smidgen of drama/angst, and a healthy dose of slice-of-life to her stories. Her education includes a BS in Education with a major in mathematics and a minor in chemistry. Addison loves spending time with her family, reading, popcorn, boating, french fries, “open window weather,” cats, math, and anything chocolate. She loves to read pretty much anything and everything, anytime and anywhere.