Today I welcome Harry F. Rey to the blog to answer a few questions for Author Interview³.

1) Tell us 3 fun facts about your writing history
I won a national poetry competition aged 11.
My first real foray into writing was as a playwright. My play ran for 8 weeks in Chicago back in 2007.
My debut novel actually began life as a screenplay, which are notoriously hard to get made!

5) What are your 3 essential writing tools?
Google Docs, the notes section on my phone, and coffee.

6) Where are your 3 favourite places to write?
The spare room in my house. At work (secretly, when the boss isn’t around). And anywhere I am, thanks to Google Docs!

7) Name 3 items on your writing wish list
I’d love to have a play performed. There’s something particularly magical about getting the immediate audience feedback, and the drama of a live performance.
I’d like readers to discover my work through interlocking stories. My next series, an LGBTQ space opera The Galactic Captains, will centre around an 8-part novella series with different spin off novels and shorts.
In an ideal world, my debut royal romance series The Line of Succession will be coming to your Netflix soon!

8) What are your top 3 tips for aspiring writers?
Find the medium that works for you. The length of a novel still scares me (to read and write), so I’ve been working in novella formats. Like an artist has a preferred medium, finding the right type of writing will help.
Have more than one pot simmering at a time. It is so easy to get frustrated with one story. The more you have going, the more you can jump from here to there.
Finish something. Then finish the next thing, then the next.

9) Tell us 3 of your writing plans for the year ahead
So my debut novella The Line of Succession, the first part in a six-part contemporary royal gay romance series dropped in July, and the sequel will be coming early next year, so I’ll be working on the edits for that, plus getting writing the third instalment in the series.
The first novella in my LGBTQ space opera series The Galactic Captains is being published September 24th, and I’m nearly finished a draft of the fourth instalment of that series, and I’ll hopefully be working on the fifth book this year too.
And then something completely different. I’ve got a adventure/mystery/time travel novel in the works. It will have a splash of Indiana Jones, a dash of Tomb Raider, and a double helping of gay romance!

10) Tell us about your latest release
The Line of Succession is the first in a series of contemporary gay romance novella’s. Dive into a royal family of secret gay lovers, ambitious lusts for power, passions for revenge and hidden secrets that will shake the monarchy to its very core. This isn’t your real-life fairy-tale wedding, this is a royal family at war. 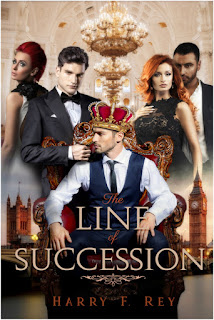 Andrew's dedicated his life to defending his secret lover, Prince James. But can their love survive his twin sister Princess Alexandra's schemes in the ensuing battle for the British crown?
Families are built on secrets, but when it’s the royal family, the stakes—and the secrets—can be deadly.

Fifteen years ago, Prince James’s father, Prince Richard, was killed in a mysterious helicopter crash, along with his secret Irish lover. The young James became heir to the British throne over his twin sister, Princess Alexandra.

With Queen Victoria II turning ninety, James’s personal life, now that he’s thirty, has come more into the public spotlight as he’s expected to marry and produce an heir. Known for his playboy lifestyle, he’d gladly accept that reputation to hide the truth that he’s gay and in a secret long-term relationship with his best friend and press secretary, Andrew.

His twin sister knows his secret, and plans to use it to create a scandal that will help her take the crown for herself, but her plans rely on trust, and she will soon learn her allies are not as trustworthy as she thought. Will James win his throne, while keeping the love of his life? Or will the monarchy topple in the face of naked ambition and public scandal?

Buy The Line of Succession now and dive into a royal family of secret gay lovers, ambitious lusts for power, passions for revenge and hidden secrets that will shake the monarchy to its very core. This isn’t your real-life fairy-tale wedding; this is a royal family at war. 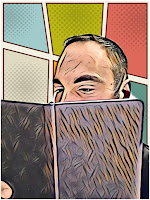