Today I welcome Antonia Aquilante to the blog to answer a few questions for Author Interview³.

1) Tell us 3 fun facts about your writing history
I’ve had stories in my head for as long as I can remember, and long before I knew how to write them down I was drawing them or playing them out with my dolls. My mom still mentions a story I wrote when I was eight or nine about a girl on a magical journey through Leprechaun Land (it was a St Patrick’s Day assignment in school). And for number three, my first published book was actually the third novel I wrote. The other three are still saved, and maybe I’ll get back to them someday.

3) Name 3 of your literary influences
There are a bunch of these, but young-writer-in-middle-school-me was influenced and inspired by Mercedes Lackey, Tamora Pierce, and Agatha Christie, and that’s carried over.

4) Share your 3 favourite books
This is an evil question! I’d end up giving you a miles-long list, and I’d still forget some. To avoid that, here are three I loved this year: Salt Magic, Skin Magic by Lee Welch, Unmasked by the Marquess by Cat Sebastian, and Balefire by Jordan L. Hawk.

5) What are your 3 essential writing tools?
A notebook (a new one for each manuscript, which I specially choose from a stack I have of pretty ones I’ve collected, to keep notes and sometimes write in), pens, and my MacBook.

6) Where are your 3 favourite places to write?
Mostly I write on my couch or on my stationary bike that has a desk attachment. I work on edits at my desk. But I’ll write anywhere when I have a minute. I always carry my current notebook with me.

7) Name 3 items on your writing wish list
I got one this year: one of my books is on the shelf in the town library! That was exciting. I’d love to see my books in audio and mass market paperback, and translated into other languages.

8) What are your top 3 tips for aspiring writers?
Never stop learning and working on your craft. Don’t listen to all the things you supposedly have to do to be a writer; all you have to do is write. It’s okay to take a break, but don’t give up. You have stories to tell.

9) Tell us 3 of your writing plans for the year ahead
I want to finish my work in progress, which is the next book in the Chronicles of Tournai series (featuring Alexander and Marcus!), and then I’ll dive into the first book in a contemporary royalty romance trilogy I’ve been wanting to write. The second book in the Elemental Magicae duology, A Harmony of Fire and Earth, is set for a March 2019 release, so I’ll have edits for that as well.

10) Tell us about your latest release
A Dance of Water and Air came out on October 1st from NineStar Press, and features a demisexual cis main character and a bisexual trans main character. It’s the first book in a fantasy romance duology that I’m so excited about. Edmund, prince and heir to the throne, has to marry the queen of a neighboring kingdom in an alliance marriage, but when he arrives in her kingdom, he’s thrown together over and over with her brother, Prince Arden, and the two form a deep connection. When someone attempts to kill the queen, Edmund is blamed. Arden rescues him, and they run, while trying to figure out how to keep their countries out of war and maybe even be together. (The romance ends in a happy ever after, but some plot points carry over to the second book.) 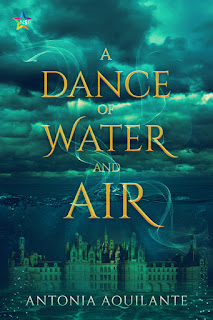 Edmund is heir to the throne of Thalassa and a wielder of Water magic. Devoted to his kingdom and his duty to it, Edmund can do nothing but acquiesce to an arranged marriage with the queen of a neighboring kingdom. The marriage and the child it is required to produce will seal an alliance between Thalassa and Aither that is vital to Thalassa’s safety, and far more important than Edmund’s personal misgivings.

Arden is the younger brother of Aither’s queen and a wielder of Air magic. Raised in the politics of the court to support his sister’s rule, he understands the alliance is important to Aither, even as he worries about his sister marrying someone she’s never met. When Edmund arrives in Aither to prepare for the wedding, Arden is tasked with helping him settle in at court. As they spend more time together, Edmund and Arden develop a close friendship, then stronger feelings, but with Edmund’s wedding approaching, they must hide their feelings, even from themselves.

When someone tries to assassinate the queen, Edmund is blamed, and Arden rescues him before he can be executed for a crime he didn’t commit. To prevent a war between their kingdoms and protect them from a dangerous enemy, Edmund and Arden will have to discover who wants to pit Aither and Thalassa against each other and mend relations between the two kingdoms as they evade those searching for them—all while finding a way to be together. 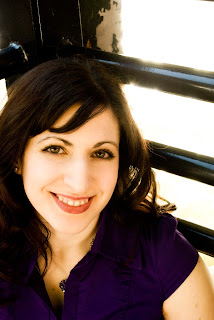 About the Author
Antonia Aquilante has been making up stories for as long as she can remember, and at the age of twelve, decided she would be a writer when she grew up. After many years and a few career detours, she has returned to that original plan. Her stories have changed over the years, but one thing has remained consistent—they all end in happily ever after.

She has a fondness for travel (and a long list of places she wants to visit and revisit), taking photos, family history, fabulous shoes, baking treats (which she shares with friends and family) and, of course, reading. She usually has at least two books started at once and never goes anywhere without her Kindle. Though she is a convert to e-books, she still loves paper books the best, and there are a couple thousand of them residing in her home with her.

Born and raised in New Jersey, Antonia is living there again after years in Washington, DC and North Carolina for school and work. She enjoys being back in the Garden State but admits to being tempted every so often to run away from home and live in Italy.