Today I welcome M.D. Neu to the blog to answer a few questions for Author Interview³.

1) Tell us 3 facts about your writing history
I started writing when I was a Foreign Exchange Student in Germany
My first release was planned as a giveaway for people who signed up for my blog, but my Editor loved it. He wanted it expanded into a short story and to publish it. So that is how, The Reunion, came to be.
My upcoming novel A New World – Contact started as a play for my drama class. It never was a play and turned into a novel, which is now part of a planned 3-book series.

2) Describe your writing style in 3 words
Relaxed, Conversational, and Fun

I know it’s four but they all are my influences.

4) Share your 3 favourite books
The Mars Series (Red, Green, Blue)
Interview with the Vampire
The Stand

6) Where are your 3 favourite places to write?
In my Den
In my Dining Room
On the patio overlooking the Ocean (I can dream)

9) Tell us 3 of your writing plans for the year ahead
Release my next two novels, A New World – Contact (Part 1 and 2), and T.A.D – The Angel of Death.
Workshop my current work in progress, The Called – Book Two of The Calling
Start writing book three in my A New World series

10) Tell us about your latest release
Currently I have three books published through Ninestar Press: two short stories (The Reunion and A Dragon for Christmas) and my debut novel The Calling, all three of which are out and can be purchased. These books jump across genres and have been so much fun to write, and I’m thrilled people are enjoying them. The Reunion is a ghost story. A Dragon for Christmas is a Christmas fantasy story (which I just love). The Calling is my contemporary vampire story set is San Jose, California. All three books were written not only for the LGBTQIA+ community but for the general public, with a focus on storytelling and not romance. Even The Calling focuses less on romance (there is a romantic subplot) than on the journey the main character takes, which is something I believe we can all relate to.

On January 21, 2019 my newest novel A New World – Contact will be released by Ninestar Press. And I’m excited for people to read it. A New World – Contact is a Sci-Fi story which I’ve spent the last ten years (well, more than that--this is the book that started off as a play) working on. This story, like my other novels, has been written with a focus on the LGBTQIA+ community but is for everyone to enjoy. The novel, and series, is about our main character having an epic adventure. He’s a normal guy who just so happens to be gay. I hope people will fall in love with not only him but all the characters I’ve created for the story. I think people will find something in this novel to relate to.

On the cusp of the greatest announcement humankind has ever witnessed, Todd’s personal world is thrown into turmoil when his estranged brother shows up on his front porch with news of ships heading for Earth’s orbit. The ships are holding the Nentraee, a humanoid race who have come to Earth in need of help after fleeing the destruction of their homeworld. How will one man bridge the gap for both the Humans and Nentraee, amongst mistrust, terrorist attacks and personal loss? Will this be the start of a new age of man or will bigotry and miscommunication bring this small world to its knees and final end?

In the meantime I invite people to check out my other novels as a warm up to A New World - Contact. 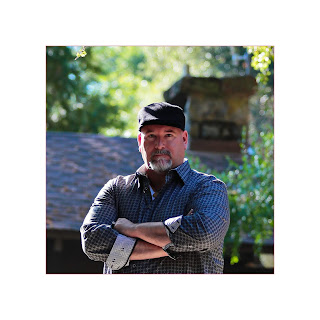 About the Author
M.D. Neu is a LGBTQA Fiction Writer with a love for writing and travel. Living in the heart of Silicon Valley (San Jose, California) and growing up around technology, he’s always been fascinated with what could be. Specifically drawn to Science Fiction and Paranormal television and novels, M.D. Neu was inspired by the great Gene Roddenberry, George Lucas, Stephen King, Alice Walker, Alfred Hitchcock, Harvey Fierstein, Anne Rice, and Kim Stanley Robinson. An odd combination, but one that has influenced his writing.

With his three recently released books he wanted to show our diverse LGBTQA community focusing on often forgotten or marginalized characters. In The Reunion the main character is a gay man, but he’s also a Drag Queen and he befriends a trans women and the two become fast friends. In A Dragon for Christmas, Neu focuses on an eleven-year-old lesbian Latina giving her the adventure of a lifetime. In his debut novel, The Calling, Neu tells the story of an average gay man, not one of the beautiful gays we see everywhere. In this novel gay isn’t the focus of the story, it’s all about the adventure this one man gets to have.

Growing up in an accepting family as a gay man he always wondered why there were never stories reflecting who he was. Constantly surrounded by characters that only reflected heterosexual society, M.D. Neu decided he wanted to change that. So, he took to writing, wanting to tell good stories that reflected our diverse world.

When M.D. Neu isn’t writing, he works for a non-profit and travels with his biggest supporter and his harshest critic, Eric, his husband of nineteen plus years.