Today I welcome Jeff Adams to the blog to answer a few questions for Author Interview³.

1) Tell us 3 fun facts about your writing history
1. I was the kid in middle school that liked writing term papers—a clear sign I was meant to write.
2. The more I write, the more I want to.
3. I used to be a total panser when I started out five years ago. I have no idea how I made that work as well as it seems to have.

4) Share your 3 favourite books
1. Simon vs. the Homo Sapiens Agenda by Becky Albertalli
2. The Understatement of the Year by Sarina Bowen
3. Wolfsong by TJ Klune

5) What are your 3 essential writing tools?
1. Scrivener
2. Dragon dictation software
3. Good music to listen too – usually some playlist that fits the mood of what I’m writing.

6) Where are your 3 favourite places to write?
1. My home office is comfortable so it’s my primary location
2. On a trip to Provincetown MA, we had a room with a balcony that overlooked the beach. I loved hanging out there and working.
3. Cafes are also nice because of the people watching possibilities, but that’s harder these down now that I use dictation.

7) Name 3 items on your writing wish list
1. I’d love to write some sci-fi, something like Star Trek or Battlestar Galactica, but I’m not sure I world build well enough.
2. I’d like to push myself to come up with a wider array of stories than I do now. TJ Klune’s in inspiration for this because he writes so many different types of story.
3. I’d love to write something that someone wants to turn into a musical.

8) What are your top 3 tips for aspiring writers?
1. Don’t let anyone dissuade you from writing.
2. Turn off that overly loud internal editor voice that we’ve all got. They never know what they’re talking about during the first draft.
3. Celebrated your successes big and small. Celebrate publishing your book, but also celebrate getting words on the page.

9) Tell us 3 of your writing plans for the year ahead
1. Releasing the final book in the Codename: Winger series, titled Netminder on May 29, 2019.
2. I’ve started a project I can’t talk about yet, but will put details out about in mid- to late-January. I’m very excited about it and I suspect some fans will be too.
3. I plan to tackle a new genre in 2019 too. I’ve got a lot of notes about it and if I can pull all the pieces together I’ll announce more on that in the early part of next year.

10) Tell us about your latest release
My latest release is book three in the Codename: Winger series, called Audio Assault.
High school student. Hockey player. Computer whiz kid. Boyfriend. Covert agent. Theo Reese’s life is split between being a normal teenager and Tactical Operational Support agent Winger. After years of being safe behind his keyboard, he’s thrust into the field and must protect his family, friends and the world.
In this installment, Theo’s plans for a quiet (or at least quieter) summer are disrupted when his parents bring him to New York to help them assist a family friend. They end up finding far more than they’d planned for and Theo’s computer expertise is put to use, along with the expertise of the family’s colleagues at TOS. 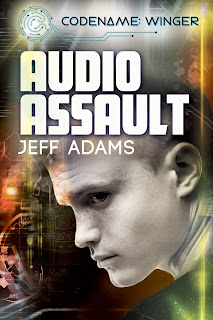 Theo Reese is just like any other seventeen-year-old—with one small exception.

This summer all he wants is to spend time with his boyfriend, Eddie, and work on his MIT research project. His parents have other plans.

An old friend needs the help of Theo’s family. Oliver Glenwood is an ’80s music star who runs his own label. His wife and his daughter, Sofia, now a chart topper herself, are the targets of kidnappers. Oliver hopes they can eliminate whoever is behind the threat.

When Theo uncovers an even more insidious plot, the covert agency the Reeses work for, Tactical Operational Support, swoops into action.

Song files have been modified to steal personal data from devices and emit a tone that drives listeners into a homicidal rage. Theo and his parents race against the clock to stop this mysterious enemy from releasing the music on an unsuspecting populace and causing worldwide chaos.

Just when Theo thinks the mission couldn’t be more complicated, Eddie shows up in New York looking to hang out with his boyfriend.

No one ever said being a teenage secret agent would be easy. 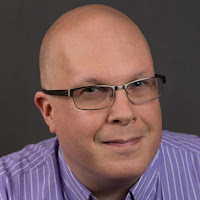 About the Author
Jeff Adams has written stories since he was in middle school and became a gay romance writer in 2009 when his first short stories were published. Since then he’s continued to create, often with a hockey player at the center of the story. He’s also expanded beyond romance with a young adult thriller series.

Jeff lives in northern California with his husband of more than twenty years, Will. Some of his favorite things include the musicals Rent and [title of show],the Detroit Red Wings and Pittsburgh Penguins hockey teams, and the reality TV competition So You Think You Can Dance. He also loves to read, but there isn’t enough space to list out his favorite books.

Jeff is the co-host of the Big Gay Fiction Podcast, a weekly show devoted to gay romance as well as pop culture. New episodes come out every Monday at BigGayFictionPodcast.com.