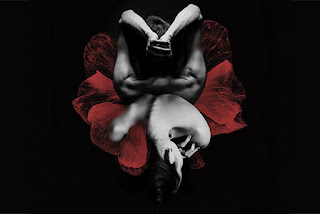 I had heard the music from Spring Awakening and had seen clips online, but I had never had an opportunity to attend a live production of the show until now.

This piece was the inaugural presentation by students in Elder Conservatorium's new Music Theatre degree programme, but despite being a student work, production values were high. The set is minimalist for this show, but the lighting worked well and the sound was nicely balanced and at a fitting volume for the small space.

I would have appreciated a programme of some kind, even if just a one-page printout with the cast names. They were listed on the wall outside, but I didn't get an opportunity to note any of them down, so I can't give a call-out to performers save by the characters they played. Overall, though, I thought the young cast did an excellent job. There were some weaker vocals from one or two in the smaller roles, but all the leads sang well. I would commend the actors playing Wendla, Ilse and Moritz, and I would like to make particular note of the brilliant vocals and performance of the young man playing Melchior.

Overall, this was a hugely enjoyable night at the theatre, and based on the strength of this performance, I would definitely consider seeing future productions from Elder Conservatorium students.