Today I welcome Lindsay Klug to the blog. Here are her thoughts on inspiration:
On Inspiration
Writers gain inspiration from all over the place; some can look at a flower and see an entire ranch, the cowboy(s), the conflict, and the ending. Some read a book and get a variation of the theme in their head and expand on it.

Most of my inspiration comes from music. I listen to a variety of tunes. If you were to look at my playlist right now, it would jump from Adele to Bon Jovi to Breaking Benjamin. Seriously, I just looked at it. My latest release, The Life And Times of Delila, was written to the beat of Avenged Sevenfold.

Delila was inspired by a single line in Clairvoyant Disease: “I’ve come so far, it’s been so long. Don’t know when it started or where it came from.” Her whole character evolved from there. As she is a sixteen hundred year old vampire, it seemed strangely appropriate. Additionally, the story is centered around a time of major upheaval in her life. All around, the song worked out well.

I’ve been asked by several readers when a sequel to Delila will be released, so this has me now working on a second book for her. Initially, she was a stand alone, and I needed inspiration once more. Hello, Hollywood Undead. I was driving one day, listening blindly to a song called Sell Your Soul. Towards the end, one lyric stood out to me and brought Delila to mind: “I feel is it real as the lynch mob doubles; they want blood and they’ll kill for it; drain me and they’ll kneel for it; burn me at the stake; met the devil, made the deal for it.”
Hordes of people chasing after a protagonist? Check. Chance for lots of action and fights? Check. Since that’s the way my imagination runs, that’s what I need.

So there I was, typing furiously. And there I was, hitting The Wall. This is the spot where a writer flounders. I wrapped a scene and could not, for the life of me, decide where to go next. There’s only one of two things I can do in this situation: Kill someone or throw in a love scene.
The issue was, Delila doesn’t have a lover at this point; the novel is young. And I just killed someone two chapters ago.

Lucky for me, I just bought a new album. I was checking my email one night after the kids went to bed, listening to Rolling in The Deep by Adele, when a line stuck out to me: “See how I leave with every piece of you. Don’t underestimate the things that I will do.”

Oh, my. *rubs hands together with glee* Delila number two is now well on her way to completion. 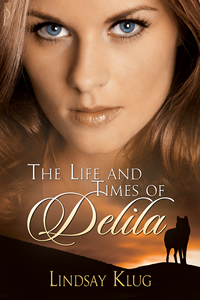 The blurb for The Life And Times of Delila:

Delila has roamed the Earth for over one thousand years with her maker, Alaric. She has everything a vampire could want: Beauty, brains, a booming business, and an ability to read human emotions. When a werewolf makes an imprint in her life, Delila feels she may have finally found the soul mate she has been seeking. But when everything goes terribly wrong she finds herself torn between two warring factions, burdened with a half breed child to protect from the evil forces surrounding them.

Thanks for having me, Nicki!


And Delila is available for purchase as an e-book at Silver Publishing, Barnes And Noble, Borders, Amazon, and many other fine online retailers!