Today I welcome Linda Bell Brighton to the blog to tell us about using Tarot in plotting. Linda also has a great giveaway for you all, so, without further ado.... 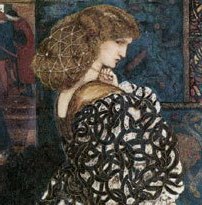 
Okay, you say after reading the Plotting With Tarot posts at From The Bootheel Cotton Patch and All Fantasy Worlds , so you can do characterization with the tarot. But what about plotting?

There are so many ways to actually plot with tarot, I could write a book on the topic. Let’s start easy.


Do you like the three-act plot? Then deal three cards. With every card, think about that act.

When you put the card down, remember your first impression, but still look it up its meaning if you’d like. Both are important. Each card gives you insight into that act. Sometimes about the conflict. Sometimes about the settings—sometimes even down to the fact that there will be roses on the table. Sometimes, foreshadowing, so you may not yet understand it when you deal the card, but how “sneaky” the tarot has been explodes in your thoughts when you deal a future card.

Do you like the four-act plot? (A three-act plot with a “Something” {plot point, look back-forward, memory-aka backstory} at Mid-Point.) Same as above, but with four cards.

For example, a horse-drawn carriage passes a woman and her daughter screaming while burning alive for being witches. Inside, the duke of the duchy doesn’t react. He’s used to such incidents and believes the punishment is not only correct, but necessary. The young, naïve gal in that carriage freaks out because she has a mole that could be interrupted as a witch’s mark. But worse. she can sometimes hear people’s thoughts. And sometimes she just knows things. (You guessed it! That’s the opening scene of my book.) Anyway, because of those special things, it is an inciting incident for her, but not for him.

Where you place the cards as you deal them is called a spread. You can follow other’s suggestions, or lay the cards in a way that “speaks” to your Muse. Corrine Kenner deals the next in a “Fretag Pyramid” with rising and falling action. For now, let’s keep this simple. Put the cards in a straight line, left to right.

To me, the plot point happens because of what happens in the act, so I like to place a card to “cross” (put horizontal) the “background” card to the event. Here’s what I mean:

Here’s the 10-card spread I do for the four-act plot:


1. First card is vertical. It represents the character’s background or personal belief that will cause her response to the inciting incident.


2. Second card crosses the first and is the inciting incident.


3. Third card is vertical and represents everything in Act 1.


4. Fourth card crosses the third and is Plot Point 1.


5. Fifth card is vertical and represents everything in Act 2.


6. Sixth card crosses the fifth and is the middle “Something.”


7. Seventh card is vertical and represents everything Act 3.


8. Eighth card crosses the seventh card and is Plot Point 2


9. The ninth card represents the “Crisis”


10. The tenth card crosses the ninth and represents the resolution.


The insights into each phase still steal my breath when I grasp them.

Yes, using tarot can be complicated, but the depth and resonance it gives the story is well worth it.

Try it. Who knows, you might get hooked on this way of plotting?

ABOUT Wolgast Castle, Book One of the Sidonia The Sorceress Series by Linda Bell Brighton

Forced to attend Princess Maria regent's celebration at Wolgast Castle, 1560 Germany, Sidonia von Bork, fears her magical abilities will be discovered and she'll be burned alive as a witch. When she discovers she is actually a member of an ancient shape-shifting race and the prophesied Golden One, she must face her destiny: to save the multiverse from the daemons determined to destroy all humans, and stay alive in the process.

Linda is giving away prizes, including an e-copy of her book at each blog stop on her tour AND three Grand Prize Giveaway of one Travel Mug, one T-Shirt and one Custom Jumbo Tote Bag with your choice of fan art, chosen from here: http://www.zazzle.com/sidonia_the_sorceres, shipped to anywhere in the world!

1) To win a book: Leave a comment on this blog post on how you use Tarot cards to be entered to win a book. Be sure to leave your email address in the comments so we can contact you if you’re the lucky winner. This giveaway ends seven days after the post goes live.

2) To win the Travel Mug or the T-Shirt or the Custom Jumbo Tote Bag with Linda’s fan art of your choice, enter via the Rafflecopter below. The three lucky winners will be selected by October 7, 2013. 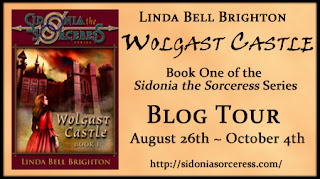 Linda Bell Brighton fell in love with myths, magic, and monsters at an early age. On a thunder-storming day in the Keys, her father—in his bass reading voice—brought The Hound of the Baskerville to too-vivid-life. From that day forward, Greek and Roman myths merged with Wonder Woman and Super girl. After studying medieval and Renaissance literature in college, she now combines her loves by writing an alternate history of the Witch Burning Times that she calls magpunk: real history with myths, magic, monsters—and daemons, too.


Wolgast Castle, Book One of the Sidonia The Sorceress Series Facebook Page: https://www.facebook.com/WolgastCastle


Wolgast Castle, Book One of the Sidonia The Sorceress Series on Amazon: http://amzn.to/1456jFK