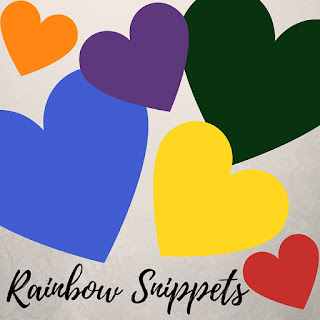 The week has flown by and it's once again time for Rainbow Snippets. Last time I shared a snippet from a forthcoming work, so today I figured I'd offer something from a published story.
Fire Up My Heart released from DSP back in May, and all the details are below, after the snippet. There is a 30% off sale at DSP until 7 August, so if you enjoy the excerpt, now is a great time to pick up a copy of the novella!
"The T-shirt was tight, but in a pleasant way. It made him feel cocooned and safe. Safe. He cocked his head and considered the concept. The absence of danger. Free from the likelihood of loss or harm. An examination of his memory banks confirmed he had never considered his own safety before. Why he should do so now was a conundrum, and he filed the thought away for future analysis." 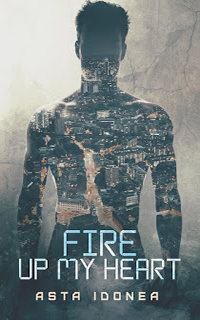 Fire Up My Heart
Asta Idonea
Dreamspinner Press
25 May 2016

London bartender Fane thinks he’s hit the jackpot when he finds a rare and expensive service Bot discarded in a dumpster, and he takes it home to get it working again. The Jo-E brings some much-needed companionship to Fane’s lonely life, but there’s something different about this Bot, as indicated by its odd behavior. Fane’s developing feelings toward Jo-E trouble him, and things go from bad to worse when a robotics engineer arrives on Fane’s doorstep, demanding the return of his property. Fane is forced to choose between a hefty reward and following his heart. Giving in to his forbidden desires might get him killed—or change his life forever.