If you read a book you ended up hating, would you stay away from future books by that author, or would you give them a second chance?

I guess I usually take a middle ground on this. I certainly wouldn't actively seek out more of that author's work. However, if I came across another of their stories and it appealed to me, I would be willing to give it a try and wouldn't reject it outright because of my previous experience with their work. All writers grow and change as they hone their craft. Perhaps I'd read one of their juvenile works initially and their writing has improved with experience. That said, if I read two and didn't like them, I'd be less inclined to attempt a third.

Opening sentence:
A young man rode up the avenue to the Chateau de Mirandol at a gallop, the August sun bouncing off his hair and the sleek haunches of his hunter.

From page 56:
Jules was reputed to have had a black, savage temper as a boy, never directed towards his new family, but close to the surface nonetheless. 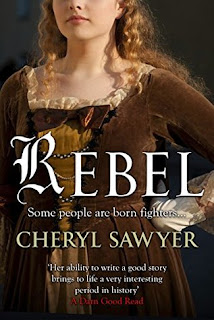 Having taken care of the homestead since her father’s death, the brilliant and beautiful Viviane de Chercy rebels against the man who is about to take away her home, her fortune and her freedom.

The man, Jules, the Comte de Mirandol, has returned from the war in America to the very place where he first knew love, and lost it, years before.

Desperate to escape her fate and the confines of Jules, Viviane stows away on a ship bound for the New World. Once there she falls in love: first with the city of her dreams, Philadelphia; and then, when Jules joins the buckskin-clad Virginian Riflemen at the Battle of Brandywine, another kind of revolution takes place in her heart.

Their story plays out against the backdrop of real events in France and America in 1776: France's secret arms deals with Congress, diplomatic conflicts at Versailles, the campaigns of the continental armies and some of the key battles of the early American Revolution.