Today I welcome Thianna Durston to the blog to answer a few questions for Interview³.

1) Tell us 3 fun facts about your writing history
Ummmm
I’m an artist as well as an author
I’m tri-gender
I’m short… we’re talking 4’10” if I stretch.

2) Describe your writing in three sentences or less
Expect the unexpected.
In my romances, HEA or HFN will occur, make no mistake.
My muse thinks it’s funny when I get my fingers 1 key off and everything I type after that is garbage.

5) What are your 3 essential writing comforts?
Lights off.
Familiar keyboard.
Large glass of water.

6) Where are your 3 favourite places to read?
A comfy chair.
Back porch of a house in the forest.
Trains.

7) Name 3 books you wish you’d written
Nothing comes to mind. My writing style is so different from others, it would be hard to imagine myself writing someone else’s work.

8) What are your top 3 tips for book marketing?
Try your best
Don’t overdo it
Don’t take anyone else’s advice ;)

9) Tell us 3 of your writing plans for the year ahead
I’m changing the way I publish next year.
Publish my first graphic novel
Finish one of my series!

10) Tell us about your latest release
The All They Ever Needed series is a re-release. The first book, As Natural as Breathing, was first published 4 years ago, and the sequels came out soon after. I was thrilled when I got the books and series rights back last spring. The books have been rewritten, though I left some of the more charming aspects in (strangely enough, they are things I would never write today, but fit well within the series.)

Two men, a world of possibilities. From the moment they met, there was only one that truly mattered. 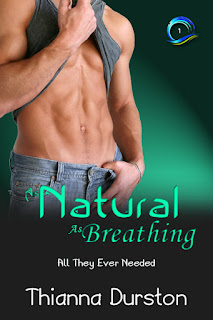 As Natural as Breathing – Book One
For Christian Darringer, life isn't worth living. Just back from the Middle East—scarred and with permanent damage to one leg—he doesn't think anyone will want him for anything. He didn't plan on meeting someone he can’t stop thinking about. Pulled toward the startling younger man, he begins to question a lot of things—especially his sexuality. Not one to hide from a challenge, he plunges ahead only to find himself more than just attracted to Logan.

Logan Mannette has almost everything he ever wanted: loving parents, happiness, friends, and security. The only thing missing is the love of his life, a love just like his parents have. When he meets Christian at a party, everything changes. Instantly attracted, he does his best to help the sad man and quickly finds himself feeling more than he has ever felt before. Raised in a domestic discipline household, he holds that ideal as what he wants. His interest in spanking has become a fetish and when Christian admits he wants to be spanked, Logan believes he might have found the perfect man.

Just as everything begins for them, Christian's past intercedes and one of his brothers makes waves about him dating a man. When it lands Christian in the hospital, he is forced to reevaluate their budding romance.  Being with Logan might feel as natural as breathing, but if it costs Christian everything he cares about, is this new relationship worth it? 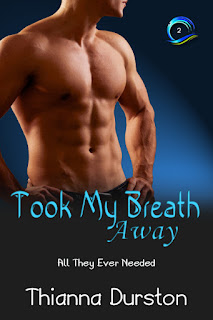 Took My Breath Away – Book Two
While unhappy to be missing four weeks of Christian's company, Logan is thrilled to spend a month with his father's relatives in New York. A naturally gregarious individual, he’s used to winning people over and getting things right. Unfortunately the Mannettes are not what he expects and for the first time in his life, he doubts who he is.

Christian has regained some of his old self-esteem and is taking on new challenges. Besides growing in the relationship he has with Logan, he takes the time his boyfriend is away to learn more about domestic discipline. He learns a little online but it is Gregory, Logan's father, where he gains most of his information. Including the fact that his natural strength puts him in a position he doesn’t expect.

Logan hits rock bottom and Christian runs to the rescue. He saves Logan from New York, but puts their relationship in a new sort of peril. When the dust settles, who will be left on top? 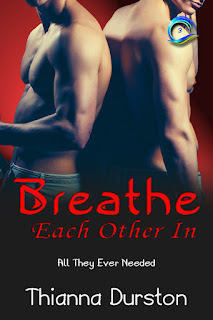 Breathe Each Other In – Book Three
Christian takes to heart everything he learns from Logan's father. As he and Logan go forward in their DD relationship, he finds that he’s willing to not just take on the mantle of head of house, but to embrace it. With Logan graduating from college, Christian takes the next logical step and asks his boyfriend to move in.

Even with the stress of student teaching and trying to figure out what to do after graduation, Logan leaps at the chance to live with the man he loves. The pressure of graduation begins to get to him and the only thing keeping him grounded is the amazing man at his side.

Those closest to them make huge changes in their own lives and when an unexpected job offer lands in Logan's lap, they have to make a life-altering decision. No matter which way they go, they need to give something up. Play it safe and stay home or accept the job and move away from their families? When it comes to decision time, there is one thing they are not willing to part with. That one thing makes all the difference in the world. 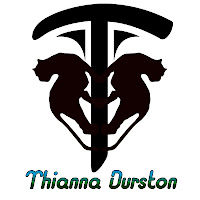 About the Author
Thianna Durston is a writer by day and supernova by night. Or at least that’s what the faeries tell her. And who is she to deny those pesky *cough* lovely little creatures?

She lives in the Pacific Northwest, though her heart belongs elsewhere. In the meantime, until she can return to the place she calls home, she happily lives in a city that still thinks it’s a small town. Thankfully, it has given her muse lots of amusing places to start a story.