Book Promo: I Give You My Heart by Robin Anderson (LGBT Fiction)

Today Robin Anderson joins me on the blog to share his latest release--I Give You My Heart. 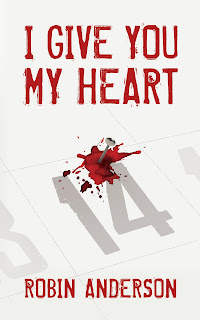 A chance meeting through the unsavoury village shopkeeper Jago Peters sees the beginning of an unfathomable relationship between the loutish teenager Frank Frear (“That’s ‘fear’ with an additional ‘r’”) and the younger, sophisticated Marcus Healan.

A decade later the ruthlessly ambitious London-based Marcus invites Frank to assist him in establishing himself as numero uno in the cut-throat world of publishing, resulting in the two creating their own “bestseller” wherein fourteen unsuspecting souls (who previously “did them wrong”) become unexpected Valentine’s Day “gifts” delivered to their respective present day partners, lovers, companions or work colleagues on the actual day

A teaser of “things to come” are the grisly displays involving seven of the fourteen “donors” who - in poses reminiscent of Hieronymus Bosch’s unpalatable The Apocalypse - are randomly discovered by an understandably shocked Joe Public.

Whether such munificence leads to a happy or a surprise ending, only Marcus or Frank know the answer.

La Di Da Di Bloody Da! is the first book of eight which make up this popular bestselling series, and it introduces the reader to the outrageous adventure tales of Miz Miranda Maracona and Miz Kookie Kombuis ("We are transvestites of taste; never tackiness!") who run a Detective-cum-Love Agency. The Duchess of Cambridge has the complete series and, not to be outdone, Prince George and Princess Charlotte have a copy of Robin's children's book Four Zimbabwean Adventure Tales. Details of each book in the series can be viewed on Robin's website. 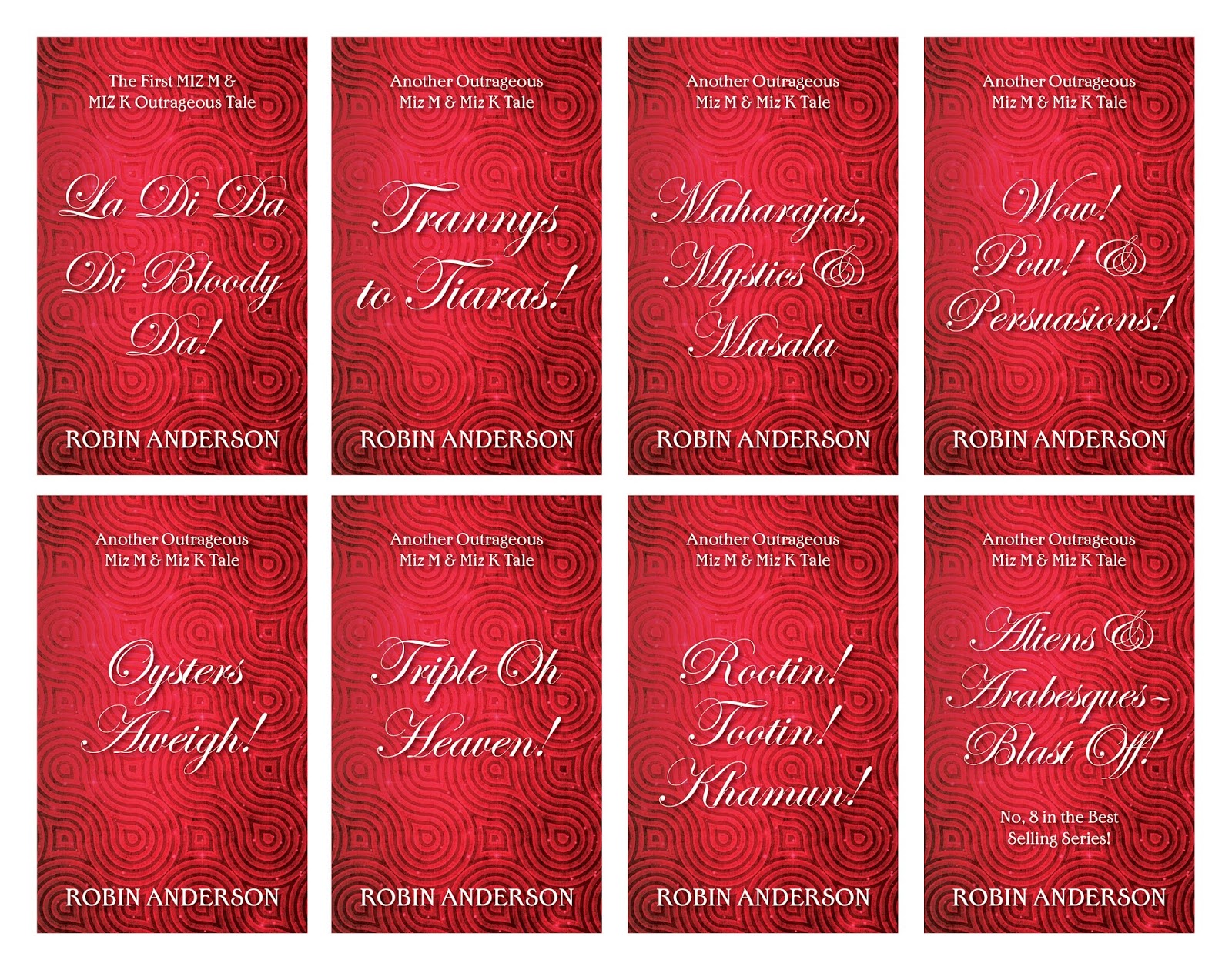 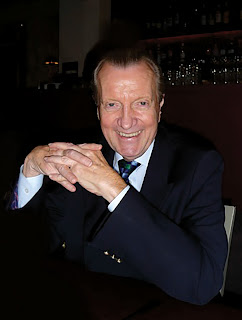 Robin Anderson was born in Scotland and brought up in Southern Rhodesia (now Zimbabwe) and South Africa.

Before attending Rhodes University in the Eastern Cape he hosted his own radio programme in Rhodesia and worked as a reporter on The Bulawayo Chronicle during his gap year. In the late fifties Robin also took part in Operation Noah which saw the rescue of thousands of animals from the rising waters of the new Kariba Dam built on the mighty Zambezi River.

Leaving South Africa he spent the early sixties working with interior design companies in Paris, New York and London. He set up his own highly successful London-based design company in 1970.

Although interior design has been his main interest during the ensuing years, Robin never stopped writing, publishing numerous articles on design in a selection of well-known magazines. In 1997 he published his first “scorcher-cum-bonk buster”--Regina. A Novel of Some Extremes. Today writing is a fulltime occupation, with only the rarest of design projects undertaken.

To read even more about Robin, see his “no holds barred!” autobiography Never a "Craft" Moment.